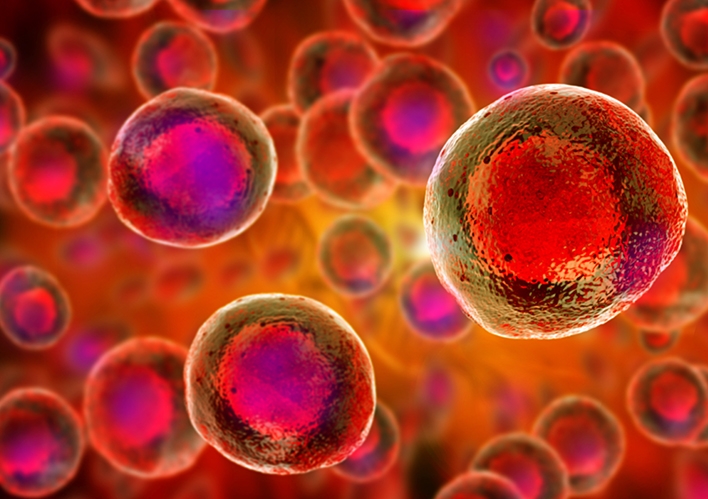 Making stem cells from a patient’s adult cells – rather than human embryos – is one of the holy grails in modern medicine treatments. New research brings us two steps closer.

Biomedical engineers and medical researchers at UNSW Sydney have independently made discoveries about embryonic blood stem cell creation that could one day eliminate the need for stem cell blood donors.

The achievements are part of a move in regenerative medicine towards the use of ‘induced pluripotent stem cells’ to treat disease, where stem cells are reverse engineered from adult tissue cells rather than using live human or animal embryos.

But while we have known about induced pluripotent stem cells since 2006, scientists still have plenty to learn about how cell differentiation in the human body can be mimicked artificially and safely in the lab for the purposes of delivering targeted medical treatment.

Two studies have emerged from UNSW researchers in this area that shine new light on not only how the precursor blood stem cells occur in animals and humans, but how they may be induced artificially.

In a study published today in Cell Reports, researchers from UNSW School of Biomedical Engineering demonstrated how a simulation of an embryo’s beating heart using a microfluidic device in the lab led to the development of human blood stem cell ‘precursors’, which are stem cells on the verge of becoming blood stem cells.

And in an article published in Nature Cell Biology recently, researchers from UNSW Medicine & Health revealed the identity of cells in mice embryos responsible for blood stem cell creation.

Both studies are significant steps towards an understanding of how, when, where and which cells are involved in the creation of blood stem cells. In the future, this knowledge could be used to help cancer patients, among others, who have undergone high doses of radio- and chemotherapy, to replenish their depleted blood stem cells.

She said that in the last few decades, biomedical engineers have been trying to make blood stem cells in laboratory dishes to solve the problem of donor blood stem cell shortages. But no one has yet been able to achieve it.

“Part of the problem is that we still don’t fully understand all the processes going on in the microenvironment during embryonic development that leads to the creation of blood stem cells at about day 32,” Dr Li said.

“So we made a device mimicking the heart beating and the blood circulation and an orbital shaking system which causes shear stress – or friction – of the blood cells as they move through the device or around in a dish.” 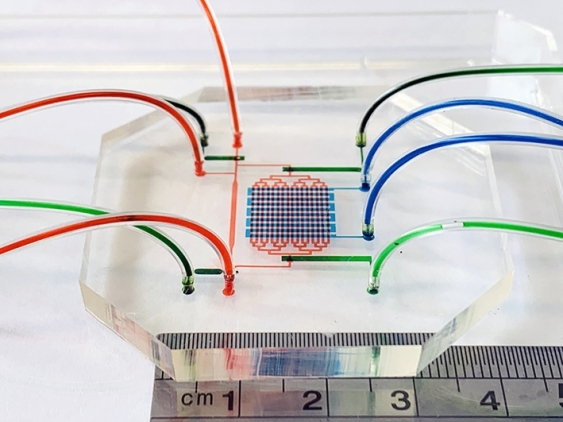 These systems promoted the development of precursor blood stem cells which can differentiate into various blood components – white blood cells, red blood cells, platelets and others. They were excited to see this same process – known as haematopoiesis – replicated in the device.

Study co-author Associate Professor Robert Nordon said he was amazed that not only did the device create blood stem cell precursors that went on to produce differentiated blood cells, but it also created the tissue cells of the embryonic heart environment that is crucial to this process.

“The thing that just wows me about this is that blood stem cells, when they form in the embryo, form in the wall of the main vessel called the aorta. And they basically pop out of this aorta and go into the circulation, and then go to the liver and form what's called definitive haematopoiesis, or definitive blood formation.

“Getting an aorta to form and then the cells actually emerging from that aorta into the circulation, that is the crucial step required for generating these cells.”

“What we've shown is that we can generate a cell that can form all the different types of blood cells. We've also shown that it is very closely related to the cells lining the aorta – so we know its origin is correct – and that it proliferates,” A/Prof. Nordon said.

The researchers are cautiously optimistic about their achievement in emulating embryonic heart conditions with a mechanical device. They hope it could be a step towards solving challenges limiting regenerative medical treatments today: donor blood stem cell shortages, rejection of donor tissue cells, and the ethical issues surrounding the use of IVF embryos.

“Manufacture of blood stem cells from pluripotent stem cell lines would solve this problem without the need for tissue-matched donors providing a plentiful supply to treat blood cancers or genetic disease.”

Dr Li added: “We are working on up-scaling manufacture of these cells using bioreactors.”

Meanwhile, and working independently of Dr Li and A/Prof. Nordon, UNSW Medicine & Health’s Professor John Pimanda and Dr Vashe Chandrakanthan were doing their own research into how blood stem cells are created in embryos.

In their study of mice, the researchers looked for the mechanism that is used naturally in mammals to make blood stem cells from the cells that line blood vessels, known as endothelial cells.

“It was already known that this process takes place in mammalian embryos where endothelial cells that line the aorta change into blood cells during haematopoiesis,” Prof. Pimanda said.

“But the identity of the cells that regulate this process had up until now been a mystery.”

In their paper, Prof. Pimanda and Dr Chandrakanthan described how they solved this puzzle by identifying  the cells in the embryo that can convert both embryonic and adult endothelial cells into blood cells. The cells – known as ‘Mesp1-derived PDGFRA+ stromal cells’ -– reside underneath the aorta, and only surround the aorta in a very narrow window during embryonic development.

Dr Chandrakanthan said that knowing the identity of these cells provides medical researchers with clues on how mammalian adult endothelial cells could be triggered to create blood stem cells – something they are normally unable to do.

“Our research showed that when endothelial cells from the embryo or the adult are mixed with ‘Mesp1 derived PDGFRA+ stromal cells’ – they start making blood stem cells,” he said.

While more research is needed before this can be translated into clinical practice – including confirming the results in human cells – the discovery could provide a potential new tool to generate engraftable haematopoietic cells.

“Using your own cells to generate blood stem cells could eliminate the need for donor blood transfusions or stem cell transplantation. Unlocking mechanisms used by nature brings us a step closer to achieving this goal,” Prof. Pimanda said.