Background in strong-as-steel science‘Aalto's strong position in the deep technology market is based on versatile science and technology expertise. About 300 new professors have been recruited to Aalto in the past 12 years, and a significant share of them are working in the potential deep technology research areas. The number of patents applied for by Aalto University has increased significantly over the past ten years. ‘The foundation of the company was based on deep scientific learning, Aalto's encouraging entrepreneurial spirit and the Finnish risk funding culture. The impact on global energy consumption would be very big’, says Päivi Törmä, professor at Aalto University. 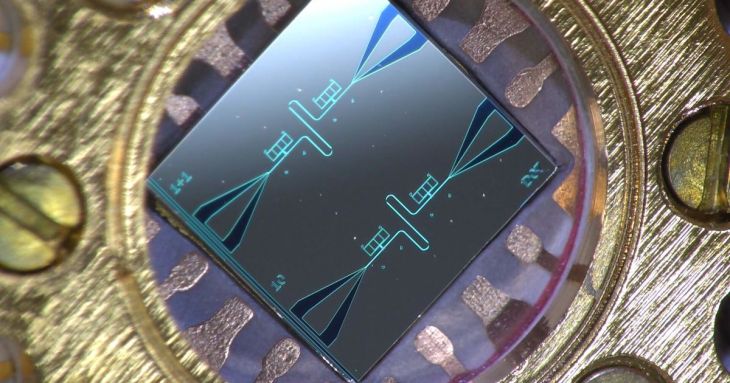 Deep scientific expertise creates a platform for innovations that can be used to solve global challenges, such as climate change mitigation, the textile waste problem and understanding the functioning of the brain.

‘Deep technology innovations often aim at radical solutions. The spin-outs created on the basis of innovations are typically fast growth companies, where a great deal is invested in the development of technology,’ says Janne Laine, Vice President of Innovation at Aalto University.

IQM, which was born from research conducted by Aalto and VTT Technical Research Centre of Finland, has built Finland's first commercial quantum computer and is aiming at the world market for quantum computing.

Another success story is ICEYE originating from the Aalto-1 satellite project which has 21 small radar satellites on Earth's orbit to collect data to map flood damage and forest fires, among other things.

The recently established Ioncell Oy focuses on the global textile problem by commercialising Ioncell® technology developed at Aalto, which enables the production of high-quality fabric fibres from cellulose and recycled textiles.

‘Aalto's strong position in the deep technology market is based on versatile science and technology expertise. Breakthroughs and radical solutions based on deep expertise are typically not created within a single field of science. Instead, we need multidisciplinary top expertise, which the six schools of Aalto can offer’, says Laine.

About 300 new professors have been recruited to Aalto in the past 12 years, and a significant share of them are working in the potential deep technology research areas.

‘With internationally competitive professorships, our academic competence base has significantly strengthened. Our scientific base is as strong as steel’, Laine says.

Aalto's key fields of research in technology are ICT and digitalisation, materials and sustainable use of natural resources, advanced energy solutions, human-centred living environments, and health and well-being. In all these areas, the university ranks high in international evaluations. In addition, Aalto's deep tech spin-outs are doing well in European start-up statistics.

‘We are an innovation university where the establishment of start-ups is in our DNA. The number of patents applied for by Aalto University has increased significantly over the past ten years. In 2021, we ranked 3rd on the list of all Finnish operators who submitted patent applications’, Laine says.

One of the results of the pioneering work and bold ideas of Aalto University and the Helsinki University of Technology (HUT) that predated it was Mustekala Oy, which was founded in 1989, and the equipment manufacturer company which originated from it that put Finnish brain imaging on the world map.

Aalto University's emerita professor Riitta Hari started working at HUT's low-temperature laboratory in 1982 as a young Doctor of Medicine and Surgery, when the laboratory was a world leader in low-temperature physics research. The founder of the Low Temperature Laboratory, professor Olli V. Lounasmaa, wanted to expand research to the functioning of the human brain, which he considered a scientific problem comparable to the big bang.

Under Hari, the team started to research the sensory systems of the brain using the magnetoencephalography (MEG) method. The laboratory invested heavily in multi-channel MEG devices, whose sensitive sensors require superconductivity and thus extremely low temperatures.

‘In the low-temperature lab, equipment development and neuroscience research went hand in hand, which was absolutely essential for progress. We had the desire to understand brain function in common. At best, multidisciplinarity is just doing things together to achieve a shared goal’, Hari says.

Mustekala, established by the five researchers at the low-temperature laboratory, led to the establishment of Neuromag Oy which built the world's first end-to-end MEG device with 122 channels in 1992. The MEG device of today has 306 channels. Over the years, the company that has changed both owners and names is now the market leader in its field.

Quantum computing is an efficient tool for combating climate change

The research behind IQM established in 2019 also originates from the basic research at the HUT low-temperature laboratory. In 2005, Mikko Möttönen as a newly graduated PhD, started experimental research in low-temperature physics. Today, he leads the Quantum Computing and Devices research group at Aalto and is one of the four founders of IQM.

‘The foundation of the company was based on deep scientific learning, Aalto's encouraging entrepreneurial spirit and the Finnish risk funding culture. A deep tech company always carries a technology risk. If not, someone would already be ahead of you’, says Möttönen, professor at Aalto University and VTT Technical Research Centre of Finland.

IQM has raised a total of approximately EUR 200 million in public and private funding for the development of quantum computers.

With unprecedented computing power, quantum computers can in the future offer tools such as carbon dioxide sequestration from the atmosphere, optimisation of flight paths and the development of medicines and new energy solutions.

‘Quantum computing is predicted to have annual global markets worth hundreds of billions. We want to take a very large share of them, which means that the company will grow strongly in the future,’ says Möttönen.

Energy consumption of computers to one thousandth of the current situation

In 2015, researchers at Aalto took a significant step towards a solution for the great mystery of physics - superconductivity operating at room temperature.

A superconductor is a material in which electricity flows without resistance. Today's superconductors require that they are cooled hundreds of degrees below zero. The whole electronics field will be revolutionised if superconductivity can be made to occur at room temperature.

Aalto researchers succeeded in theoretically demonstrating how the quantum physics of electrons enable the superconductivity in a so-called flat band. By using it, the use of energy-saving superconductors may become possible.

‘Superconductivity operating at room temperature can make it possible to build computers that consume up to 1,000-5,000 times less energy than today. The impact on global energy consumption would be very big’, says Päivi Törmä, professor at Aalto University.

The superconductivity in a flat band has aroused great interest around the world. Now is the time to get the big wheels turning when the SuperC project coordinated by Törmä starts looking for superconductive material that works at room temperature.

‘The only opportunity to make a breakthrough is a global consortium that brings together the top talent of the field. The participants include the Max Planck Institute in Germany and Princeton and Columbia universities in the USA. Our goal is to find the new material in the next ten years’, says Törmä.

This completely new type of material would be both a scientific and a technological breakthrough, and the development of devices and applications based on it will offer huge opportunities for companies of the future. 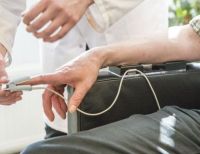 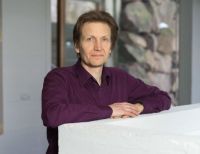 Aalto in 2022: Perpetual motion machine, The Wardrobe of the Future, Antarctica expedition and more 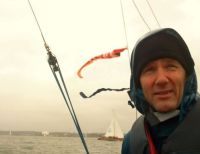 Professor Mikko Jalas: ‘We must be able to imagine the impossible to find new perspectives’