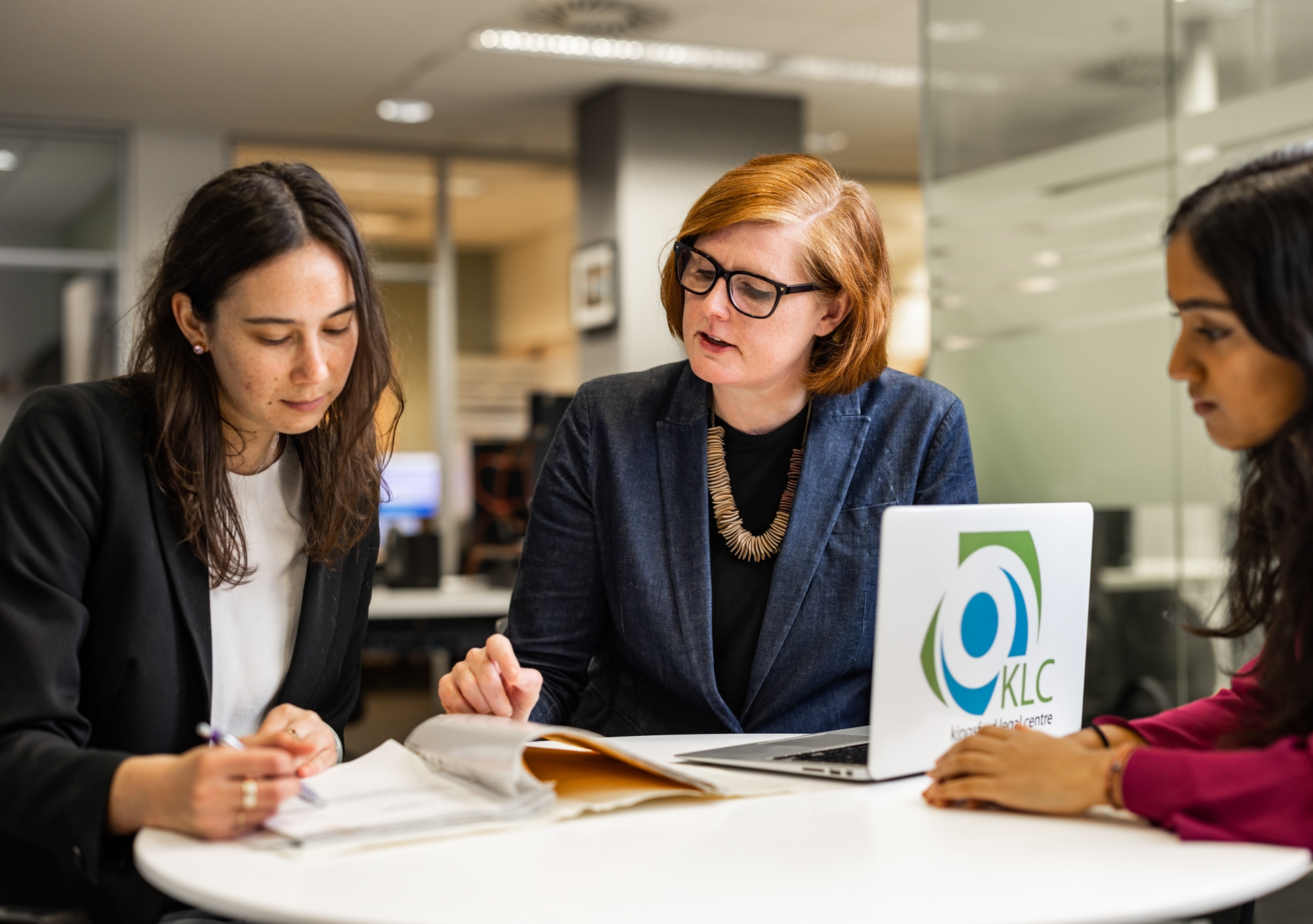 Nadia* was in her workplace’s tearoom when she heard a strange clicking sound. She turned around and saw a male colleague with a phone on his lap.  She realised he had been taking inappropriate photos of her, while she had been seated and wearing a skirt.

Her colleague’s behaviour had been an ongoing problem at her creative arts job, which she loved.

It had started with unwanted attention and progressed from there.

Nadia reported the incident to her manager and was told it would be taken seriously. She was asked to move to another work site, which she didn’t want to do. Her male colleague continued to work in his original space.

Time passed, and Nadia kept asking what had come of the internal investigation but was never told.

Eventually the feeling that her complaint was not being taken seriously became so overwhelming, she felt she had to resign from her dream job.

After an eight-month-long process, and with the help of the Kingsford Legal Centre (KLC), she successfully sought compensation from her employer because of the sexual harassment, but only on the basis of signing a non-disclosure agreement (NDA) preventing her from sharing her experience publicly.

“This was not something she really wanted to do but she felt that was her only option to avoid a costly and lengthy court process,” Emma Golledge, Director of KLC at UNSW Law & Justice said.

To this day, Nadia doesn’t know if her former colleague is still working with other women at her former workplace.

Her sense of trust had been shattered and she now only works in almost exclusively female settings so she can feel safe.

From her point of view, her life had been turned upside down with no clear impact on her colleague or steps to protect others.

Ms Golledge has seen dozens of cases like Nadia’s. That is because KLC runs a specialist, state-wide sexual harassment legal service, providing free advice to people who are experiencing sexual harassment and discrimination.

“The problem with the way NDAs work in Australia is they essentially can protect serial predators from scrutiny or ramifications or follow-up within organisations. They usually protect the organisations and not the individuals who have been victims of sexual harassment in the workplace,” said Ms Golledge, who is also a Senior Lecturer at UNSW Law & Justice.

The issue of endemic sexual harassment and existing systems of power imbalance in the workplace that can provide a space of impunity for repeat offenders has grown in the national consciousness, after a series of damning reports and high-profile cases.

According to recent data by Safe Work Australia, one in three Australians have experienced sexual harassment in the workplace in the last five years.

A landmark 2021 report by the Australian Human Rights Commission (AHRC) also found that one in three staff (33 per cent) at Commonwealth parliamentary workplaces had been sexually harassed, raising questions around a toxic workplace culture in the halls of political power in Australia.

What is an NDA?

NDAs, also known as confidentiality agreements, are contracts that create legally enforceable obligations on confidentiality. The limited regulation of NDAs and their misuse has arisen over the past five years internationally as a key issue in workplace sexual harassment and discrimination matters following the work of the #TimesUp and #Metoo movements.

In its 2020 Respect@Work report the AHRC noted that Australia over the last several decades has “lagged behind other countries in preventing and responding to sexual harassment”.

The report found that NDAs in Australia are frequently used in the settlement of workplace sexual harassment cases. These agreements are currently made under Australian contract law with limited legislative regulation.

The AHRC report recommended an overhaul of this system, known as recommendation 38. The recommendation provided that “The Commission, in conjunction with the Workplace Sexual Harassment Council, develop a practice note or guideline that identifies best practice principles for the use of NDAs in workplace sexual harassment matters to inform the development of regulation on NDAs.”

According to Ms Golledge, the overhaul should include the basic premise that victims of sexual harassment, or other forms of wrongdoing, should be the ones who decide whether an NDA should be part of a legal resolution, and not the other parties involved, including organisations or alleged perpetrators.

Read more: The reform of sexual consent laws in NSW

A culture of silence, protecting perpetrators

The NDA system can be, and in the view of KLC, is being used to enforce a culture of silence, which disempowers people who have experienced sexual harassment and discrimination, covers up unlawful behaviour and facilitates repeat offending.

“In practical reality it allows serial offenders to flourish, and for there to be potentially a revolving door of people who are exposed to their behaviour,” Ms Golledge said.

Ms Golledge said in her extensive experience at KLC, close to all discrimination and sexual harassment cases are settled with NDAs – “this essentially makes them routine,” she said.

“And it’s often against the wishes of the person who experienced the wrongful and unlawful conduct.

“This is even the case when the person is legally represented by us. In our view, a best practice approach is not sufficient given the scope of the problem and the power imbalances,” she said.

“One could argue that NDAs could benefit some victims, by enabling them to maintain privacy or avoid costly litigation. But in our experience, people who have experienced sexual harassment want it exposed to prevent future harm. They find it distressing that they can’t speak about it and often must spend lengthy amounts of time to get agreement that they can tell their partner or other support persons,” Ms Golledge said. 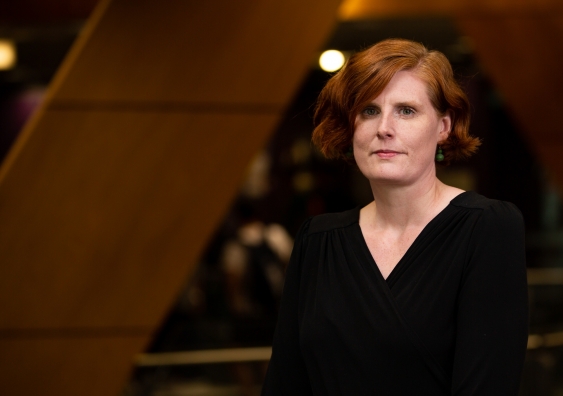 In July 2022, Australia’s new Attorney General Mark Dreyfus committed to implementing all 55 recommendations of the Respect@Work Report, including recommendation 38, to develop best practice principles for the use of NDAs.

Ms Golledge said that a fundamental way that Australian jurisdictions could better implement NDAs could be to follow a growing number of US jurisdictions and Ireland in introducing legislation that only permits confidentiality clauses in settlement agreements when requested by the person who has experienced sexual harassment and discrimination.

That kind of legislation would put the choice about NDAs in the hands of the people who have experienced the alleged sexual harassment or discrimination and prevent employers from using NDAs in settlements as a matter of course.

“For workers such as Nadia, this would mean redistributing power, giving them the chance to decide for themselves what is best for them, without pressure from employers,” Ms Golledge said.

*Name has been changed to protect her identity.

UNSW Sydney recognises the problem of gendered violence in universities and is committed to playing a part in changing this and making UNSW a safer place for all. Through the Stop. Empower. Support. UNSW Gendered Violence Strategy and Action Plan 2022-2025, UNSW seeks to prevent sexual misconduct and offer respectful strategies to assist students and staff members when an incident does occur. Read UNSW’s Stop. Empower. Support. Strategy.

If you see or experience sexual misconduct as a UNSW student or staff member – including sexual harassment and sexual assault – you can report via the UNSW Sexual Misconduct Portal.

Conversations about sexual harassment and sexual assault can be challenging, but you don’t need to face it alone. If you are a UNSW student or staff member, find the support you need with someone who is trained to help, through free and confidential support services.

Support is available from: