New research reveals the mechanical processes used by T cells to kill cancer cells more efficiently. T cells (blue) use physical forces to stretch and bend the membranes of cancer cells (orange). As a part of our immune defences, cytotoxic T cells – or killer T cells – seek out and destroy cells that are infected or cancerous. These forces also enable T cells to grab onto regions of the cancer cell membrane where the membranes of both immune and target cells are pulled and manipulated. This study adds to the understanding of fundamental mechanisms involved in how T cells destroy disease-causing or compromised cells in our bodies. 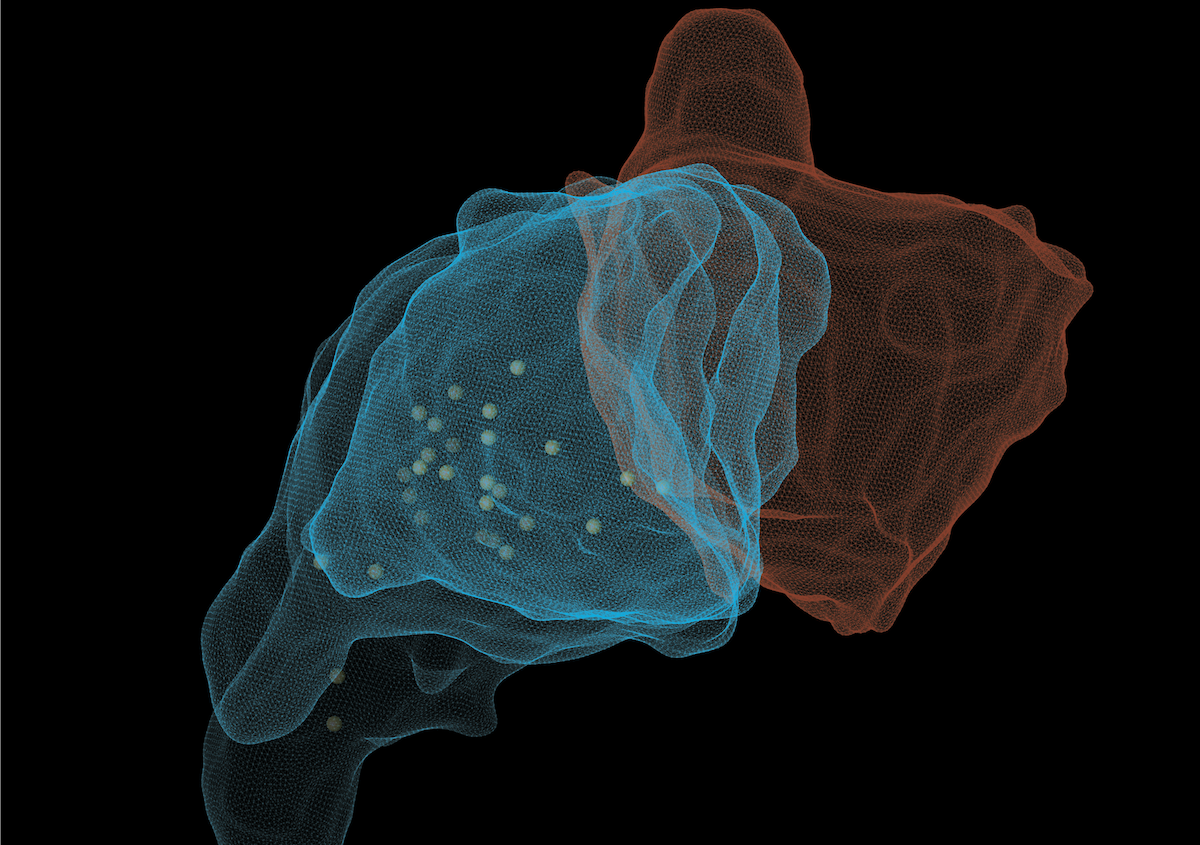 As a part of our immune defences, cytotoxic T cells – or killer T cells – seek out and destroy cells that are infected or cancerous.

These specialised immune cells are armed with lytic granules containing two key components for immune attack: perforin (proteins that punch holes in the target cells) and granzymes (which gain access via these holes and ultimately kill disease-causing cells).

T cells snuggle up to targeted diseased cells and form an intimate junction between the two, called the ‘cytotoxic immunological synapse’.

A research team at UNSW Sydney’s EMBL Australia Node in Single Molecule Science in the School of Biomedical Sciences has found that mechanical forces generated by T cells influence how effectively perforin can punch through tumour cell membranes. In a paper published today in Developmental Cell, they describe the cell interactions and the integration of forces at both the front and rear of the cell.

The researchers detected physical forces within T cells that propel lytic granules toward the immunological synapse where their payloads are released. These forces also enable T cells to grab onto regions of the cancer cell membrane where the membranes of both immune and target cells are pulled and manipulated.

“It was very exciting to discover that, in addition to its mechanical tension and biochemical configuration, the shape of the target cell membrane plays an important role in T cell mediated cancer cell killing,” said Dr Daryan Kempe at UNSW Medicine & Health who co-led the research.

By stretching and bending the membranes of tumour cells in a certain direction, T cells made it easier for perforin to punch through, but only if the membranes were bent in the right direction.

Using human melanoma cell lines, the researchers demonstrated that perforin preferentially perforated outwardly curved tumour cell membranes, rather than inwardly curved ones. The authors think that this bias ensures that the killer payload is delivered to its intended recipient, and could also be another level of protection for the T cells from their own assault.

“As the granules arrive, their contents will be emptied at this region of the membrane that is very highly curved. That there was a bias between positively curved and negatively curved membranes was completely unexpected,” said EMBL Australia Group Leader, Associate Professor Maté Biro at UNSW Medicine & Health, who was senior author and team leader.

Measuring the mechanical properties of cells

A/Prof. Maté Biro said that most of the experiments relied on delicate biophysical assays with cancer cell lines, and T cells isolated from healthy blood donors and mice. They used high precision microfluidic pumps, computer-controlled micromanipulators and micropipettes in which the pressure could be controlled independently.

“This technique really allows us to tease apart the whole integrated process because it is such a controlled method. One micropipette picks up a T cell and another picks up a tumour cell, and we bring them into contact on a microscope.

“We image the entire cytotoxic process. At the same time, because we control and know the exact pressure inside each of the micropipettes, we can also measure the mechanical properties of the cells as they are interacting and engaging in the process,” said A/Prof. Biro.

This study adds to the understanding of fundamental mechanisms involved in how T cells destroy disease-causing or compromised cells in our bodies. Knowing that mechanical forces are also at play when pore-formers, like perforin, punch through target cells could also help researchers investigating how these proteins work at the molecular level.