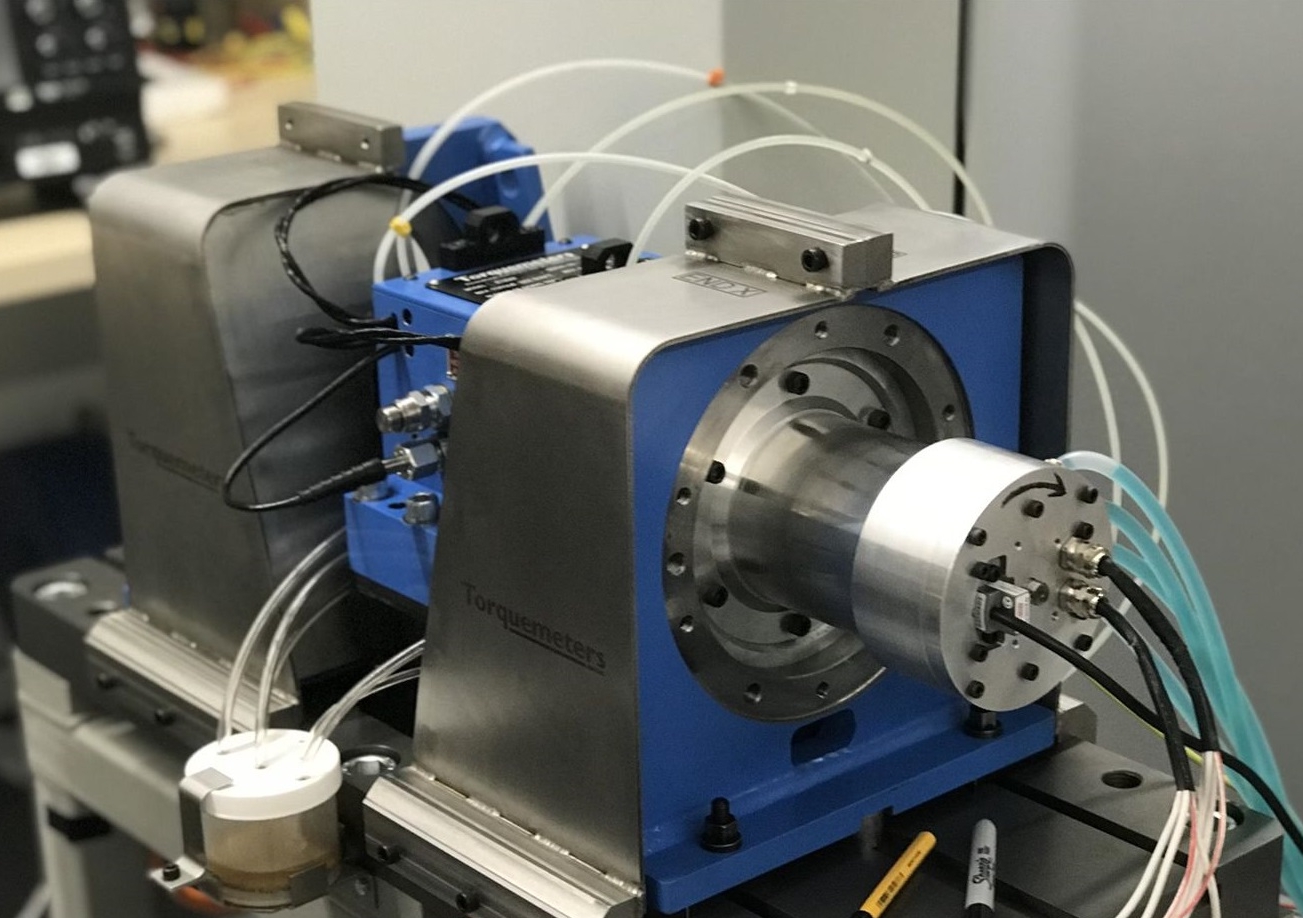 Team from UNSW Sydney takes inspiration from bridge in South Korea to develop new magnetically driven motor which significantly reduces the use of rare earth materials.

The new motor designed and built by the team at UNSW is an improvement on existing IPMSMs (Interior Permanent Magnet Synchronous Machine Motor), which are predominantly used in traction drive of electric vehicles. Photo from Dr Guoyo Chu

UNSW engineers have built a new high-speed motor which has the potential to increase the range of electric vehicles.

The design of the prototype IPMSM type motor was inspired by the shape of the longest railroad bridge in South Korea and has achieved speeds of 100,000 revolutions per minute.

The maximum power and speed achieved by this novel motor have successfully exceeded and doubled the existing high-speed record of laminated IPMSMs (Interior Permanent Magnet Synchronous Motor), making it the world’s fastest IPMSM ever built with commercialised lamination materials.

Most importantly, the motor is able to produce a very high power density, which is beneficial for EVs in reducing overall weight and therefore increased range for any given charge.

The new technology, developed by a team headed by Associate Professor Rukmi Dutta and Dr Guoyu Chu from the UNSW School of Electrical Engineering and Telecommunications, is an improvement on existing IPMSMs, which are predominantly used in traction drive of electric vehicles.

An IPMSM type motor has magnets embedded within its rotors to create strong torque for an extended speed range. However, existing IPMSMs suffer from low mechanical strength due to thin iron bridges in their rotors, which limits their maximum speed.

But the UNSW team have patented a new rotor topology which significantly improves robustness, while also reducing the amount of rare earth materials per unit power production.

The new design is based on the engineering properties of the Gyopo rail bridge, a double-tied arch structure in South Korea, as well as a compound-curve-based mechanical stress distribution technique.

“One of the trends for electric vehicles is for them to have motors which rotate at higher speeds,” says Dr Chu.

“Every EV manufacturer is trying to develop high-speed motors and the reason is that the nature of the law of physics then allows you to shrink the size of that machine. And with a smaller machine, it weighs less and consumes less energy and therefore that gives the vehicle a longer range.

“With this research project we have tried to achieve the absolute maximum speed, and we have recorded over 100,000 revolutions per minute and the peak power density is around 7kW per kilogram.

“For an electric vehicle motor we would actually reduce the speed somewhat, but that also increases its power. We can scale and optimise to provide power and speed in a given range – for example, a 200kW motor with a maximum speed of around 18,000 rpm that perfectly suits EV applications.

“If an electric vehicle manufacturer, like Tesla, wanted to use this motor then I believe it would only take around six to 12 months to modify it based on their specifications.

“We have our own machine design software package where we can input the requirements of speed, or power density and run the system for a couple of weeks and it gives us the optimum design that satisfies those needs.”

Read more: Why we should use electric rather than hydrogen cars 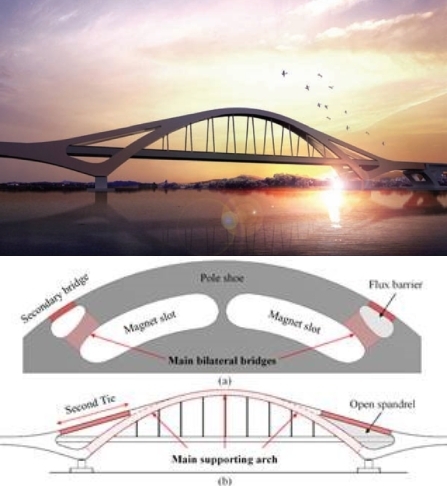 The design of the new IPMSM motor took its ispiration from the double-tied arch rail bridge in Gyopo, South Korea. Image from Dr Guoyo Chu

The new IPMSM prototype motor was developed using the UNSW team’s very own AI-assisted optimisation program which evaluated a series of designs for a range of different physical aspects – namely electrical, magnetic, mechanical and thermal.

The program evaluates 90 potential designs, then selects the best 50 per cent of options to generate a new range of designs and so on, until the optimum is achieved. The final motor is the 120th generation analysed by the program.

Apart from electric vehicle, the motor has many other potential applications. One of them is large heating, ventilation, and air conditioning (HVAC) systems which require high-speed compressors to use a new form of refrigerant which significantly reduces the impact on global warming.

Another application is as an IDG (Integrated Drive Generator) inside an aircraft engine to provide electrical power for aircraft systems.

“Most high-speed motors use a sleeve to strengthen the rotors and that sleeve is usually made of high-cost material such as titanium or carbon fibre. The sleeve itself is very expensive and also needs to be precisely fitted and that increases the manufacturing cost of the motor,” Dr Chu says.

“Our rotors have very good mechanical robustness, so we don’t need that sleeve, which reduces the manufacturing cost. And we only use around 30 per cent of rare earth materials, which includes a big reduction in the material cost  – thus making our high-performance motors more environmentally friendly and affordable.” 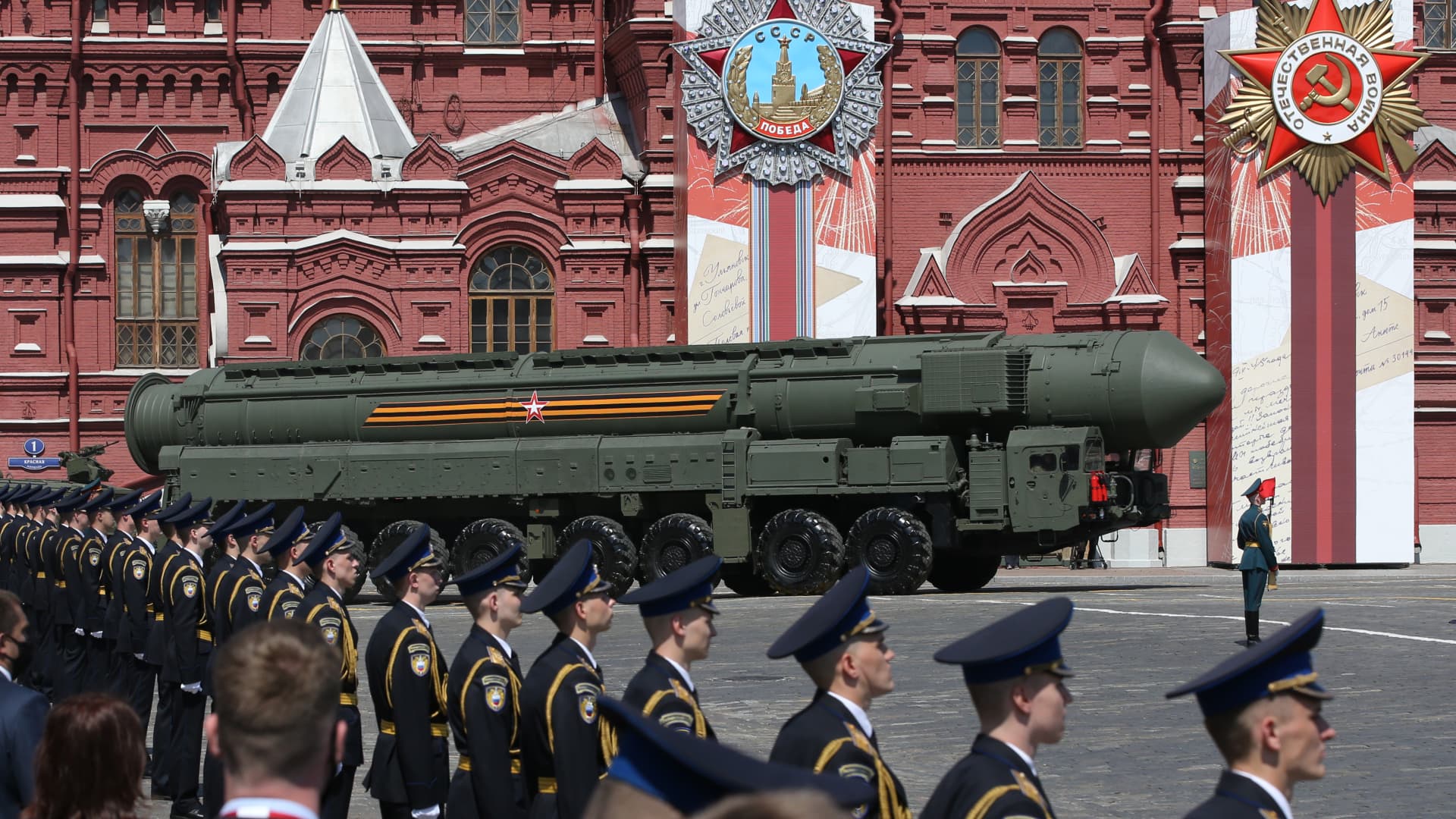