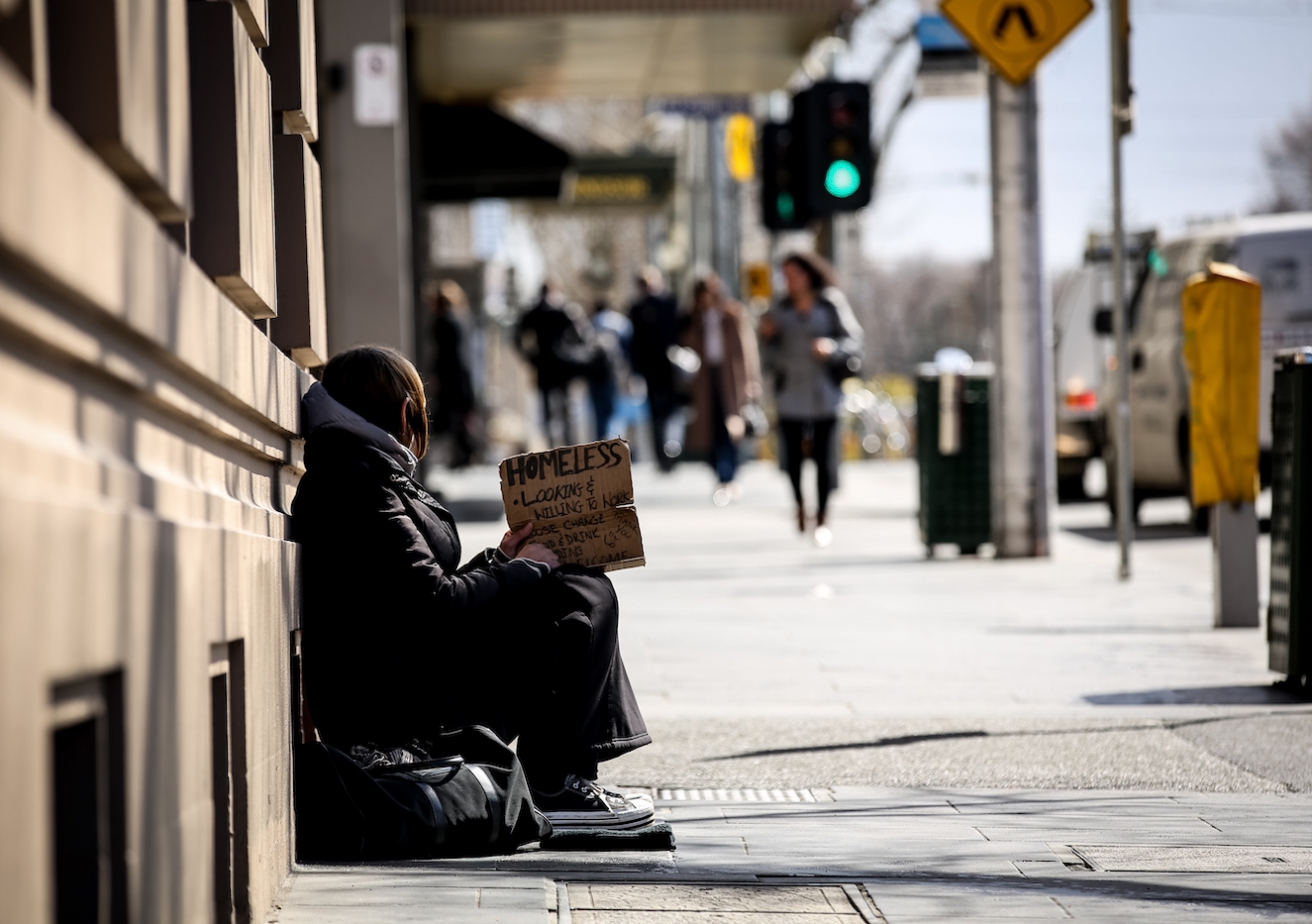 While we wait for a national housing plan, inflation threatens to squeeze more households out of their homes and onto the streets.

More households could become homeless as they find themselves priced out of the private rental market. Photo: Shutterstock.

Households are feeling the pinch from the rising cost of living. But while the price of electricity, groceries and petrol are causing concerns, perhaps the most significant rising cost is housing.

Dr Andrew Clarke from the School of Social Sciences, UNSW Arts, Design & Architecture, says more low-income households are at risk of becoming homeless as they find themselves priced out of an increasingly competitive private rental market.

The new federal government has recently committed to developing a national plan to address housing insecurity and homelessness. But while an encouraging signal of intent, its value will ultimately depend on how much emphasis it places on new investment in social and affordable housing.

“We’ve seen lots of practice innovations in the homelessness sector over the last decade. However, without any real increase in the supply of social housing, these have not been able to make much of an impact,” Dr Clarke says. “The new plan can’t just be about changing up how homelessness services operate. It has to provide a housing-centred solution to the worsening housing crisis.”

In the meantime, there is plenty governments can do to help vulnerable people affected by rising rents and other necessities whilst the plan is being developed.

“The pandemic had a unique set of circumstances where governments used empty hotels and student facilities to accommodate homeless people in a public health emergency. But what that showed is that we can move quickly on the issue if we choose,” Dr Clarke says.

At the 2016 Census, there were 116,000 people who reported they were homeless – a 14 per cent increase from the previous Census. Dr Clarke suggests those figures would be a conservative estimate today, given current economic conditions and that homelessness data is challenging to gather at the best of times.

“We don’t have great data to measure the scale of homelessness in Australia as it’s hard to compile,” Dr Clarke says. “But we would expect to see that upward trajectory continue when we get the 2021 Census data, given the housing market impacts of the pandemic.”

“We’re hearing from social services providers that new cohorts that don’t typically experience homelessness at the same scale are finding themselves unable to secure or sustain housing,” he says.

“It’s important to recognise that if we hope to address other social issues, it has to start with everyone having a safe, secure and affordable place to live.”

The largest group affected by rising living costs are those on fixed incomes, such as government support payments, many of which are below the poverty line, according to Dr Clarke.

“Payments are fixed and indexed at a rate far below what you need to survive even before this inflationary moment. Despite the recent small increase in the JobSeeker Payment, people on those incomes will struggle the most in the context of rising living costs.”

Addressing homelessness in the interim

During the pandemic, there were unprecedented support measures for homeless people or those at risk of homelessness, including temporary eviction moratoriums, increases in government support payments and large-scale transitional accommodation initiatives, like NSW’s Together Home program. Dr Clarke says we need to revisit similar measures or risk more households slipping into homelessness.

“Government could re-engage and expand some of those programs for those people currently impacted by rising rents and other basic living costs,” Dr Clarke says.

Longer term, the lack of social housing remains a significant barrier to addressing homelessness at scale. But transitional head-leasing – where governments fund homelessness service providers to sublease a property from the private rental market to households – could be a temporary solution.

“It wouldn’t solve the shortage of social housing in the long-term, but as a transitional solution, it could be viable,” Dr Clarke says.

An immediate increase in unemployment benefits would also help to ease the cost-of-living pressures in the interim for households at risk of homelessness, Dr Clarke says.

“Research continually shows how inadequate those payments are and their impact on people, undermining their ability to meet rent and forcing them to rely on charity to meet basic needs.

“It’s important to recognise that if we hope to address other social issues, it has to start with everyone having a safe, secure and affordable place to live.”