Can Australians separate sports and gambling?

Online gambling and gambling harm are the subject of a current parliamentary inquiry, which is reviewing existing consumer protections and gambling regulations and has already implemented harsher advertising warnings. Even some responsible gambling ads operate through the same frame of mateship – that gambling is something you do with friends, and it’s tied into the overall entertainment package when you watch sports. It’s likely that growing community concern about gambling advertising has increased alongside the frequency of gambling ads themselves. Also, according to the Victorian Responsible Gambling Foundation, gambling advertising has increased rapidly over the past decade due to online platforms opening up advertising opportunities. So if someone visits a gambling website once, or even a gambling addiction recovery resource, they could consequently become trapped by gambling ads on their browser for a long time. 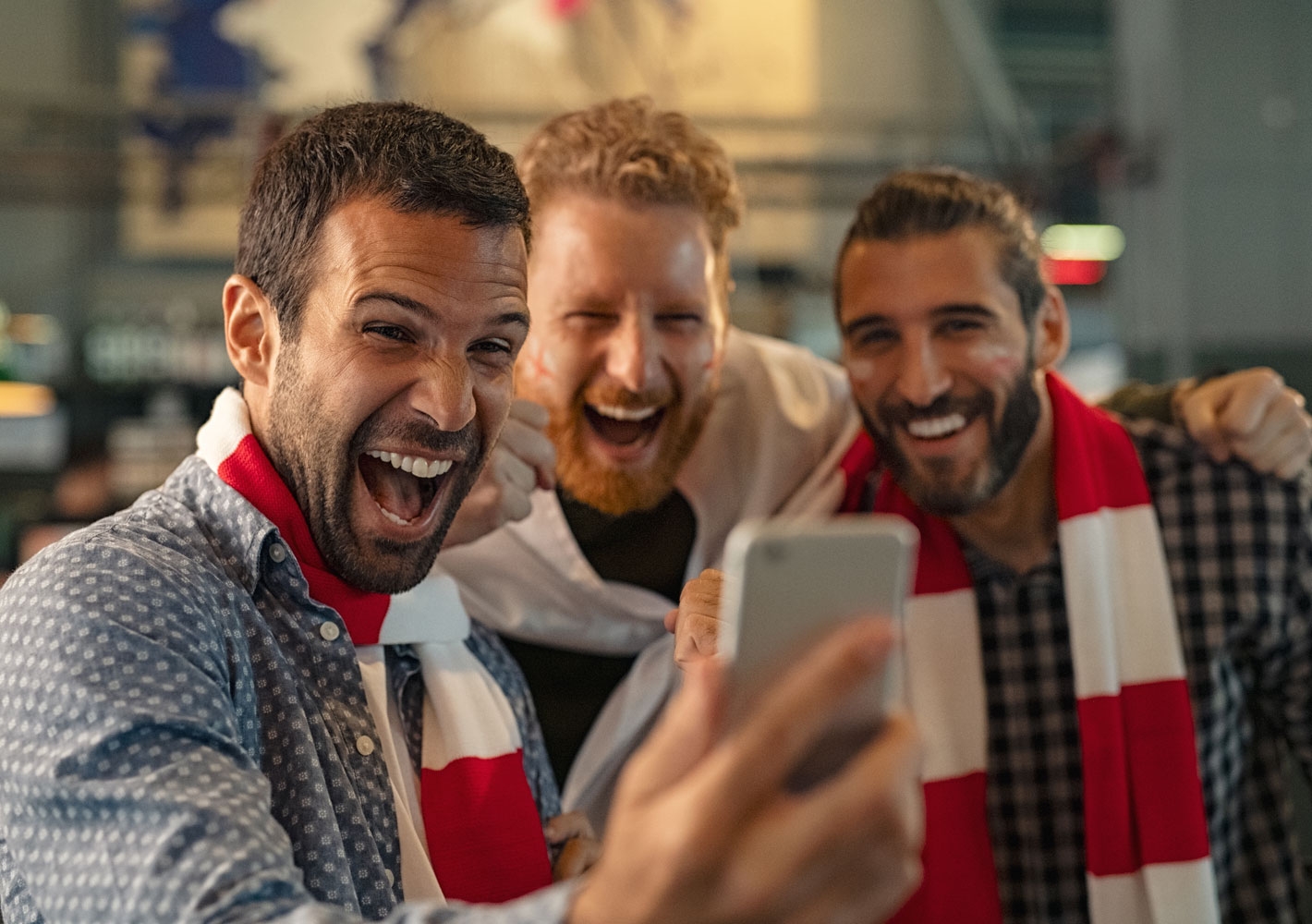 We have to get to the heart of our culture’s obsession with sports gambling before we can see change, says UNSW media and advertising expert.

Online gambling and gambling harm are the subject of a current parliamentary inquiry, which is reviewing existing consumer protections and gambling regulations and has already implemented harsher advertising warnings.

Sports betting platforms, in particular, have come under intense scrutiny, with some groups suggesting a ban on advertising at sporting events and during the broadcast of sporting events. There’s also increasing concern about how gambling ads affect young people who are exposed to them during sporting events as well as those struggling to overcome gambling addiction.

UNSW Arts, Design & Architecture advertising and cultural studies lecturer Dr Nicholas Richardson says it’s time for a discussion about the meaning of sport spectatorship and what place gambling has within it.

“At the moment the conversation is very black and white. Sport betting is characterised as either a long-established Aussie pastime or it is an addictive social problem. The truth is more nuanced, as it can be both these things and more.

“This means that collectively, we have to unpack our culture’s obsession with gambling in connection with sporting events before we can see changes in the nature of gambling ads. Such a conversation will also be useful when it comes to encouraging behaviour change,” he says.

Sports content licences and contracts are costly. One of the main ways broadcasters recoup these costs is through advertising. Unfortunately, the highest bidders tend to belong to industries that can promote the sale of controversial products and services.

“Advertising throughout sports content has always had an undercurrent of subversive male behaviour: things that blokes do,” says Dr Richardson. “It used to be smoking ads, then it was alcohol – these were the previous male ‘vices’ that underpinned much of the advertising in sports.

“Of course, these days we no longer have the Winfield Cup in the NRL or the Benson & Hedges World Series in cricket due to hard regulation and cultural renegotiation of what place smoking has in our society.”

Watching sport is a part of Australian culture and sports gambling ads are very clever, Dr Richardson says. They have latched onto a lucrative cultural market and created a strong association between sports and gambling,

“The ad creators of sports gambling platforms put forward that having a bet or a ‘punt’, as it’s colloquially known, is a necessary part of mateship in our culture. Even some responsible gambling ads operate through the same frame of mateship – that gambling is something you do with friends, and it’s tied into the overall entertainment package when you watch sports. And for many, the image projected by advertisers may well be realised. Of course, the reality for problem gamblers is often the exact opposite," he says.

Previously the tobacco industry had tapped into sport and made us believe you couldn’t have one without the other, says Dr Richardson. But that’s changed as we’ve renegotiated smoking’s role in society generally and in watching sports.

“Something similar would have to take place with gambling – but despite the devastation gambling has caused to some, as a societal issue, it isn’t as black and white as the health concerns related to smoking. Therefore, we need to have a collective conversation about gambling’s place in society as well as in sports,” Dr Richardson says.

An increase in gambling ads

The Australian Communications and Media Authority (ACMA) has rules and restrictions around when gambling ads are allowed to air during live sport broadcasts and livestreams. However, Neilsen data shows there’s ‘skyrocketing expenditure’ outside of live sport broadcast time slots.

It’s likely that growing community concern about gambling advertising has increased alongside the frequency of gambling ads themselves. The Victorian Responsible Gambling Foundation reports the gambling industry spent $287.2 million on advertising in Australia in 2021 – a substantial increase from the $89.7 million they spent only 10 years before (this excludes in-stadium advertising or sponsorships).

Also, according to the Victorian Responsible Gambling Foundation, gambling advertising has increased rapidly over the past decade due to online platforms opening up advertising opportunities. A High Court decision in 2008 also had the effect of allowing bookmakers to offer bets anywhere in Australia, which made it difficult for states and territories to be able to ban advertising from other parts of the country. 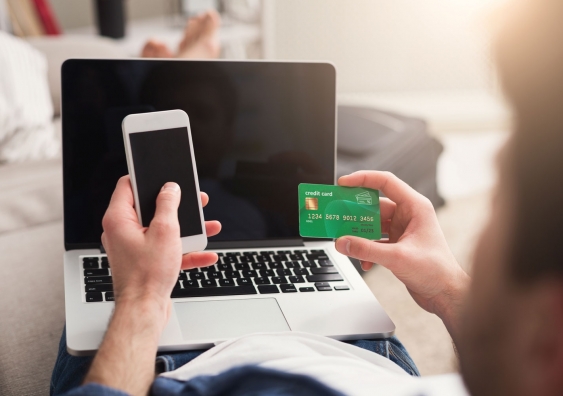 Online betting and gambling websites are more readily accessible than a racecourse for instance. Photo: Shutterstock.

“The last time we had a collective reckoning about gambling in sport was when representatives from gambling companies were presented as part of the sports commentary team throughout sporting games,” says Dr Richardson. “These presenters were like undisclosed advertorials embedded in the sports game and commentating on live betting odds in a way that sought to integrate gambling into the broader ‘action’ of the game. Naturally this led to community outrage and changes to the gambling advertising rules.”

But the gambling industry doesn’t have to wait to address another blunder before it creates change, says Dr Richardson.

“The tobacco industry received the big stick approach, which they fought tooth and nail,” says Dr Richardson. “Meanwhile, the alcohol industry observed, and decided they didn’t want to go the way of the cigarette industry. And so, they got together and developed a code to get ahead of government. Today, all alcohol ads are approved by the industry regulator – it’s a self-regulation success story.

“But first, the gambling industry has to recognise it’s a business that causes real and catastrophic problems for people.”

The current inquiry into gambling and its associated ads has an explicit focus on the online world and with good reason, says Dr Richardson.

Reddit users are complaining about the difficulty of trying to recover from gambling addiction in the world of big data and algorithms, which has resulted in targeted gambling ads ‘stalking’ them online.

“Online advertising platforms that use big data and algorithms are blunt tools and don’t operate subtly,” says Dr Richardson. “The data on individuals that websites and apps collect are very broadly applied. So if someone visits a gambling website once, or even a gambling addiction recovery resource, they could consequently become trapped by gambling ads on their browser for a long time.

“This is the worst of the advertising industry and it’s obvious what they are doing in their targeting. As an advertising professional, it’s not the type of advertising I want to see in the industry.”

Also, gambling is no longer confined to a physical location, like the racecourse or sports field. Anyone can place a bet, anywhere, anytime, as long as they have internet access and a credit card. This makes it difficult to ‘ban’ individuals who show signs of problematic gambling, says Dr Richardson.

Clever counter-advertising is an option

With community concern growing and the government inquiry outcomes pending, would it be realistic to expect a ban on all gambling ads?

“Just stating that gambling is wrong and implementing a ban on ads won’t make the problem go away unfortunately,” says Dr Richardson. “Although gambling does destroy the lives of those addicted, there are plenty who participate in gambling and would say ‘in my reality gambling is a bit of harmless fun’.

“Instead, we have to take our attitudes, values and beliefs along for the ride. Great campaigns and counter-advertising work when it gets people to collectively understand there’s an issue here.”

Current responsible gambling ads are too soft and need to demonstrate the harms of gambling in a more persuasive way, Dr Richardson says.

“Rather than trying to demonstrate the bad side of gambling in a strong or shocking way, my preference is for clever ads that get to the heart of the issue and unpack how embedded gambling or other behaviours are in our culture.”

For example, the ‘pinkie’ ads from the NSW Roads and Traffic Authority that aired between 2007 and 2009 were part of a behaviour change campaign, encouraging younger drivers to not speed. The Sydney Morning Herald reports that this campaign was not only memorable, but also became one of NSW’s most successful.

“We can renegotiate masculinity and behaviours associated with male identity by getting at the core of the issue like the ‘pinkie’ ads did with speeding,” says Dr Richardson. "At the moment, if we look at one responsible gambling ad, in particular, the mate who takes his betting ‘a bit far’ is actually reinforcing a part of the myth of Aussie mateship. That’s not a strong enough message to my mind." 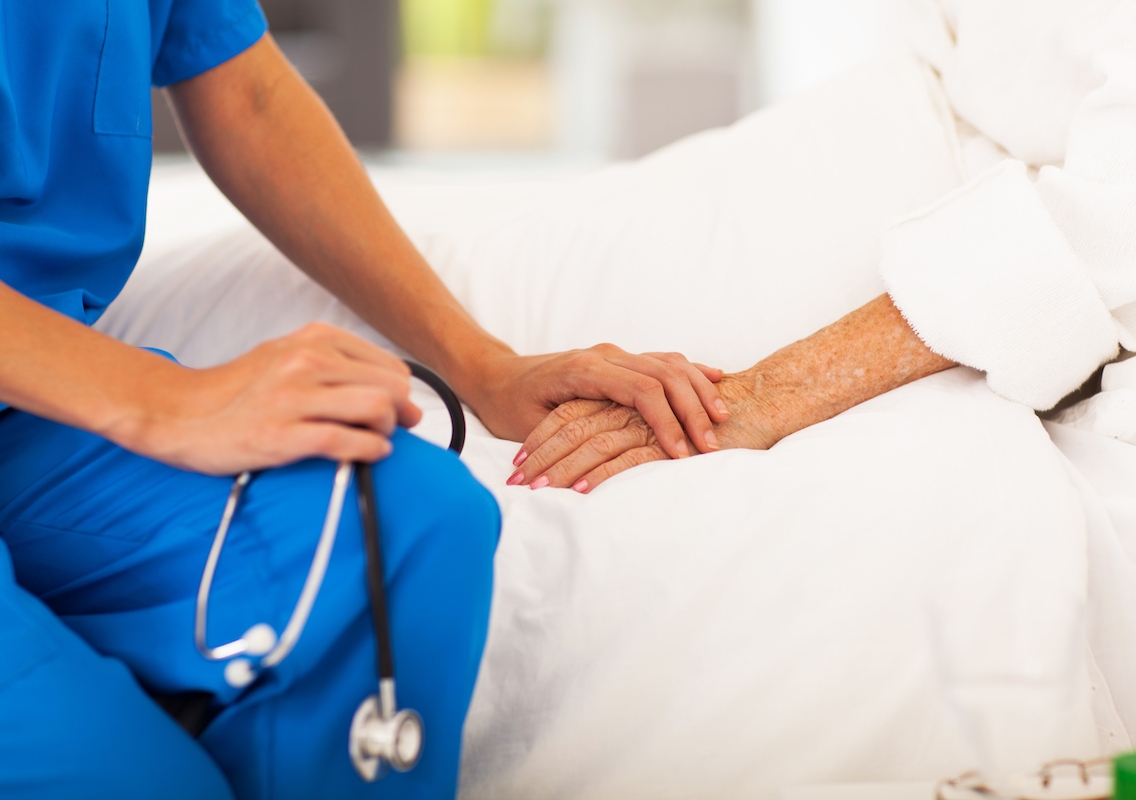 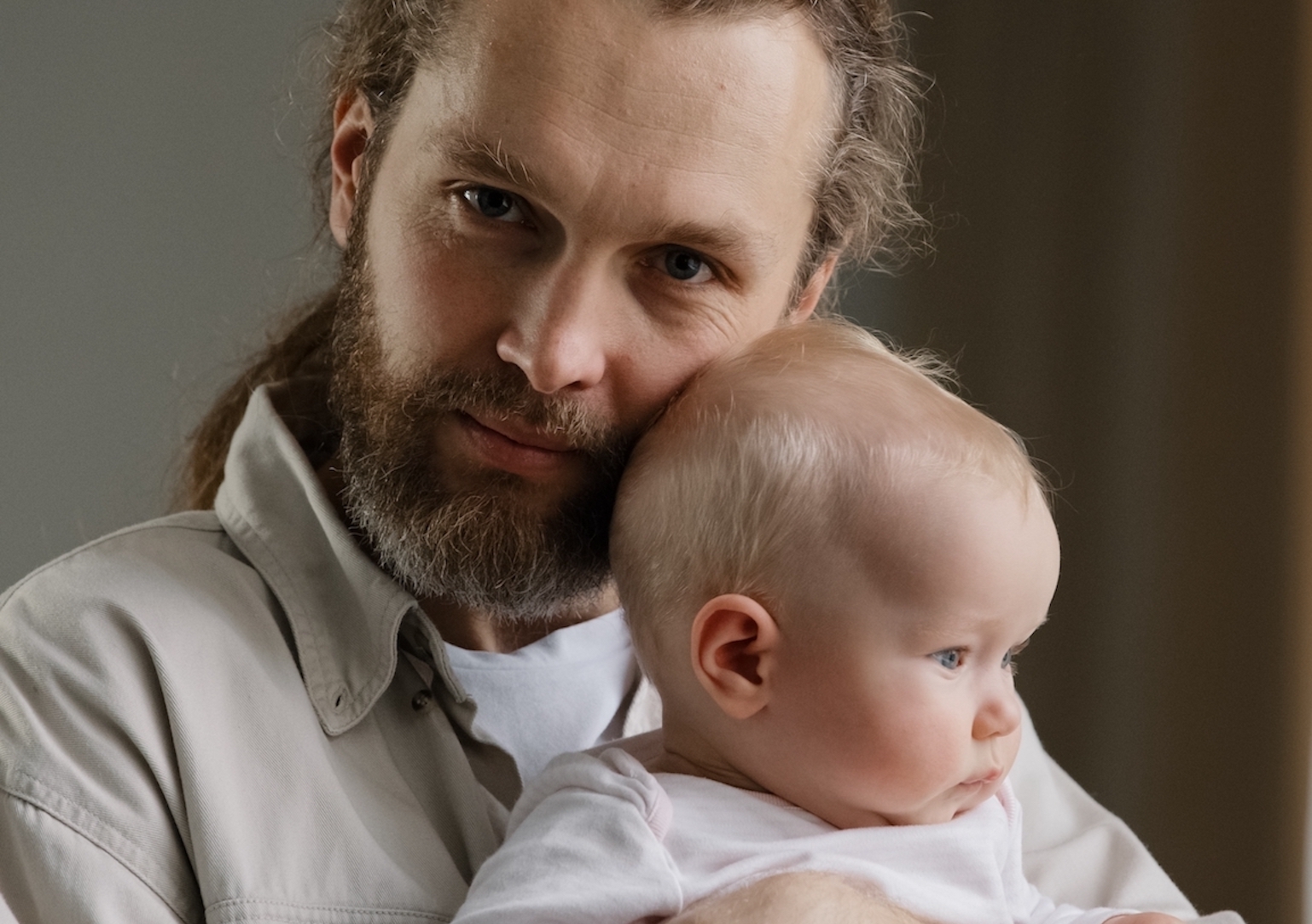 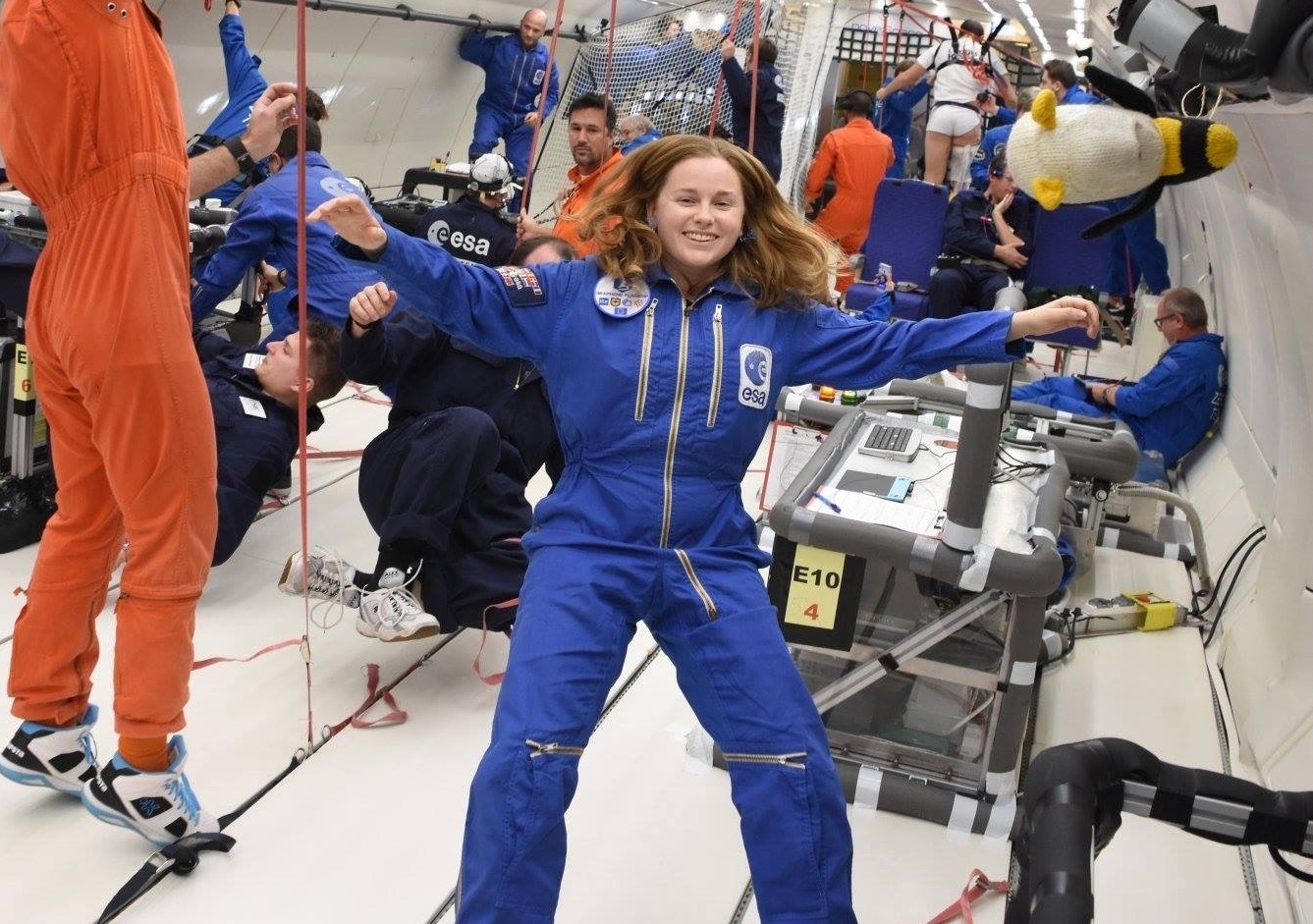 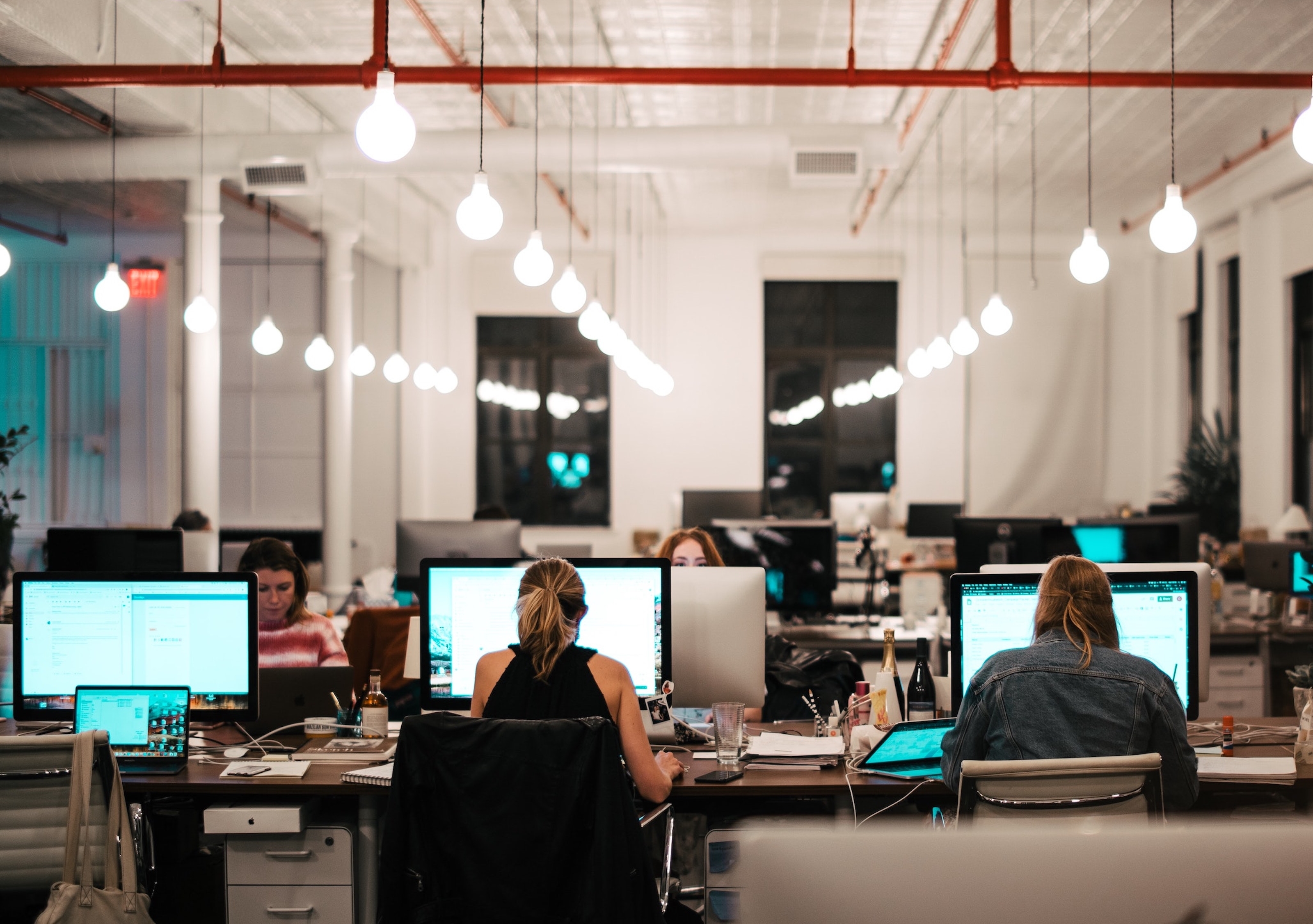 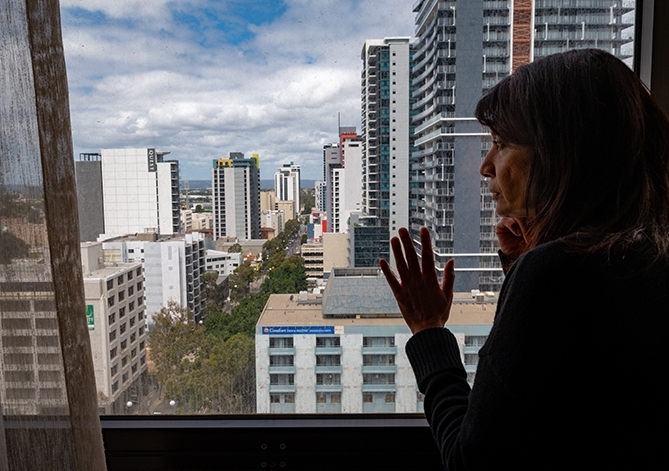