Business Leaders Forum: Entertaining change and focussing on the future

Lights, cameras, action stationsWhen Covid took a turn, Screen Queensland - the agency dedicated to growing the state’s film, television, and screen industry - acted quickly. “We managed to safely film the entire Elvis production here on the Gold Coast, with hundreds of crew members. It’s one of many reasons the Gold Coast is now a globally recognised film and television hub. “It’s no secret the pandemic was a devastating time for the events industry. We want to create a lifestyle on the Gold Coast that will keep young people here in good jobs, and attract talent from around the globe.

“We’ve had more innovation in the last 20 months than we have in the last 20 years,” said Bond University Vice Chancellor Tim Brailsford as he reflected upon the theme of this semester’s Business Leader’s Forum – Entertaining Change.

Speaking at the industry forum on Thursday night, three of Queensland’s leading entertainment experts shared how they survived and thrived in the depths of a global pandemic and shed light on the bright future of the state’s entertainment industry.

“By acting quickly, we were able to secure productions that were looking for safe locations to film throughout the pandemic.

“We managed to safely film the entire Elvis production here on the Gold Coast, with hundreds of crew members. It’s one of many reasons the Gold Coast is now a globally recognised film and television hub.

“Last year, for the first time ever, we overtook Victoria to be the second largest state by value of screen production.”

But it isn't just Hollywood blockbusters that are beefing up Screen Queensland's healthy portfolio of productions - gaming is playing a key role in the industry's success.

“Gaming is part of our portfolio, because, well, games are played on screens!” Ms Munnich laughed.

“From the moment we announced our games incentive, which was only late last year, we’ve seen a rapid uptake both from local games developers and interstate and international developers looking to expand here.”

Kylie’s business advice: “Network at any opportunity you have and be brave in the choices you make.”

Evolve Sports Group is a local sports management organisation headed up by Bond University Alumni Matt Burgess. The organisation played a key role in bringing action sports to our screens during the 2020 Tokyo Olympics, and helped give birth to a new generation of sport fans.

“Moving sports like BMX, surfing and skateboarding into the Olympic world was a challenge. A lot of it came down to education both for the athletes and the administrators. We had to convince them that there was value at the end of the road," said Burgess.

“But once this all played out at the Olympics, we saw a fantastic and youthful energy brought to the Games that we’re really proud of. People of all ages and walks of life tuned in to see sports they had never witnessed before.

“Now that we’re on the tail end of that momentum, we’ve got to figure out how not to lose it.

“The International Olympic Committee are committed to the disciplines, but if the structure beneath that doesn’t stand up and doesn’t support the athletes or the next generation coming through, then it’ll be a flash in the pan, which isn’t good for anyone.

"The next generation that need to be attracted to sport are already attracted to the human experience in a way that seeks social connection. That's what we're trying to achieve with things like Urban Sports Fest - a brand new festival on the Gold Coast which will showcase Australia's first BMX Freestyle World Cup alongside some of the country's top musicians."

Matt’s business advice: “Sales. If you can’t sell what you’re there doing and what your company is intending to sell or do, then you miss an opportunity to add real value to a business.”

Tuning in to the bigger picture

“It’s no secret the pandemic was a devastating time for the events industry. Virtual events just can’t deliver the same experience as a live show can,” Ms McCormack said.

“In saying that, during 2021 we delivered 97 events for the city. We were determined to keep people in the job and we achieved this.

“Now, we just have to keep pushing to develop and attract as many exciting things for the city as we can. We want to create a lifestyle on the Gold Coast that will keep young people here in good jobs, and attract talent from around the globe.

“We’re looking into things like why music tourism is so big and strong in Nashville. Many major technology companies are moving to Nashville because they can attract staff from around the country to go and work in their organisation because of the vibe of the city.

“We’re trying to do that here, and we will achieve that. We’re a city that doesn’t sit back and wait for things to happen to us, we make things happen.

Jan’s business advice: “Trust your gut, and as long as you’re not going to hurt anyone, just go for it.” 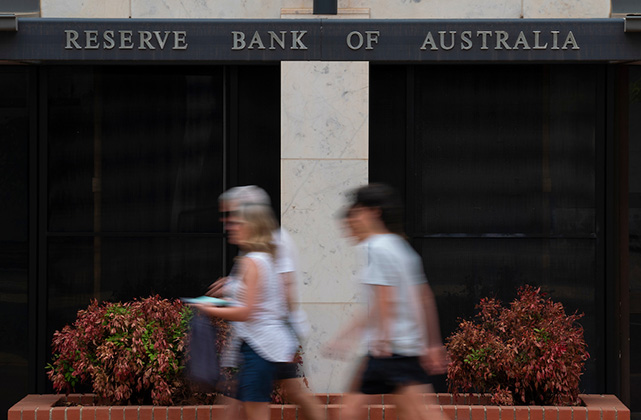