Professor (main supervisor) is the Shīfu ( 師 父 ), he vaguely knew which direction the scriptures were in, but didn't know exactly how to get them, so let's go. To get the scriptures, he must persuade disciples to go with him.

- Shīfu is also the person who has a wide network with the Three Realms (Academia, Heads of Schools, Company and Funding Agency) so that he can sometimes ask for help when a PhD student meet difficulties in research or apply for a job after graduation. 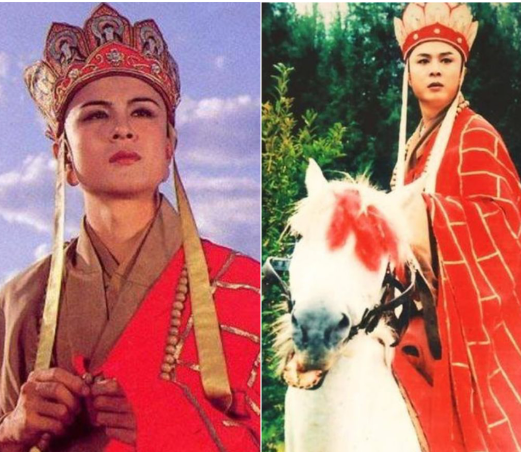 - PhD student (who contributes the most in publications) is Sun Wukong ( 孫 悟 空 ). He does complicated tasks and hard working such as collecting and analyzing data, implementation and writing. He is the poineer for all difficult tasks. Of course, he is often the first author in research papers. If Shīfu pushes him too hard, he'll get cranky too. Sometimes Shīfu has to give him a little bit of patience, because if he quits the project to come back his Fruit Mountain ( 果 山 ), the project would fail. At that time, the scriptures could not be obtained, but Shīfu does not know how to talk to Three Realms. However, to control the monkey characteristics of Sun Wukong, Shīfu has gold bracelets ( 鑽 戒 ) which are the certificate of eligibility to defend the PhD degree and the kindness between Shīfu and students. These things can heal many brokens.

On the way to get the PhD degree, Sun Wukong sometimes thinks that Shīfu is an idiot with many stupid requirements. However, he awakes immediately if his Shīfu is going to cut off the research funding. At that moment, Sun Wukong (with a smart characteristic of mokey) will recognize a fact that Shīfu is also an useful person.

On the journey to the PhD degree, if Sun Wukong does not suffer stress like getting rejected papers a few times, receiving bad comments from reviewers, it is difficult for him to cultivate the righteous results.

- Co-author Style 1: Sha Seng ((沙 僧), talks less, works hard and contributes constructively, neither complaining nor trying to blame. Based on his own contributions, just being in the papers is happy for him. When a teammate has got a problem, he will work hard to find a solution.

- Co-author Style 2: Zhū Bājiè (豬 八 戒 ) talks much, does little, his opinions are easy to cause conflicts, if the group meets a little difficulty or conflicts, he will ask to divide the luggage, break up the group without caring about the results. People cannot find him in difficult situations but he will appear  suddenly to say congratulations in positive news such as accepted papers, accepted proposals where his name were put on them.

- Co-author n-style: Bái lóngmǎ ( 白 龍 馬 ), has long legs,  handsome, and he is also able to suffer the stress. Shīfu and members of the team may ride on his back but he is still patient and endure hardships. He finally obtains the PhD degree due to his good teamwork. Nowaday, he is considered as the latest model of electric car.  Honestly, you should know who his father is.

- Reviewers, editor, and committee: They are really monsters, most of them wants to eat both Shīfu and his disciples on the way to get the PhD degree. Occasionally, Shīfu and his team might meet cute reviewers who are very kind to show the way to improve manuscripts. In this case, they are like getting lost in the country of Women ( 女子西薪 ).

Many Shīfu are recruiting thousands of Sun Wukong to go to the West here.

Note: The article is for entertainment purpose only.

Tags: Journey to the PhD degree